Written in java, origami is a script, based on dijksta, for finding the similarity between free drawing and fixed folds of origami.

The user can print the result or clean the screen by hitting fresh me button and start over. Each result of the process is a symmetric and singular but also present an origami pattern as readable for the user to fold in the right way by following the marked folds.

Origamee was created in the course "Machine learning as a tool for interactive products" in the Hebrew university of Jerusalem. 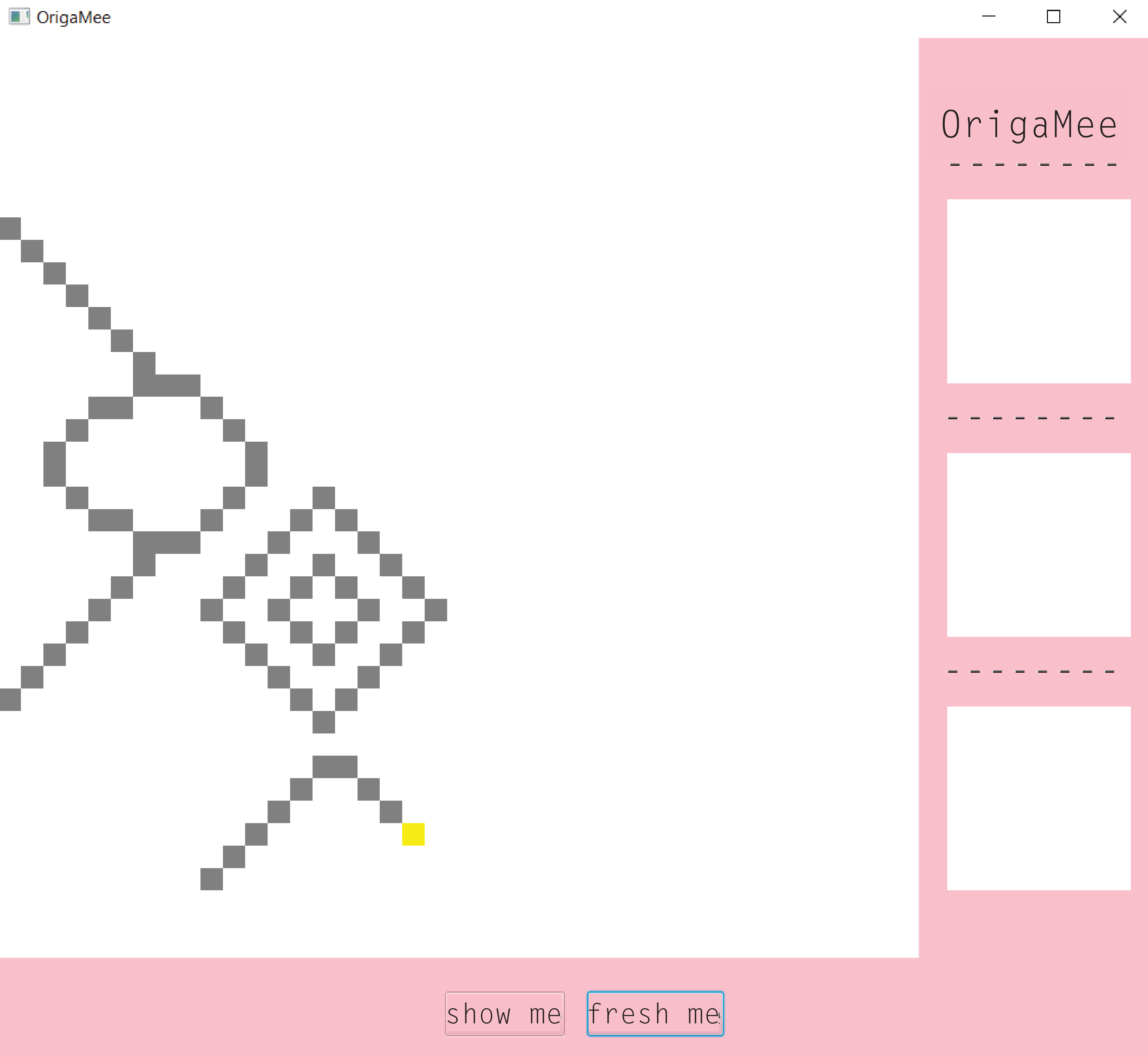 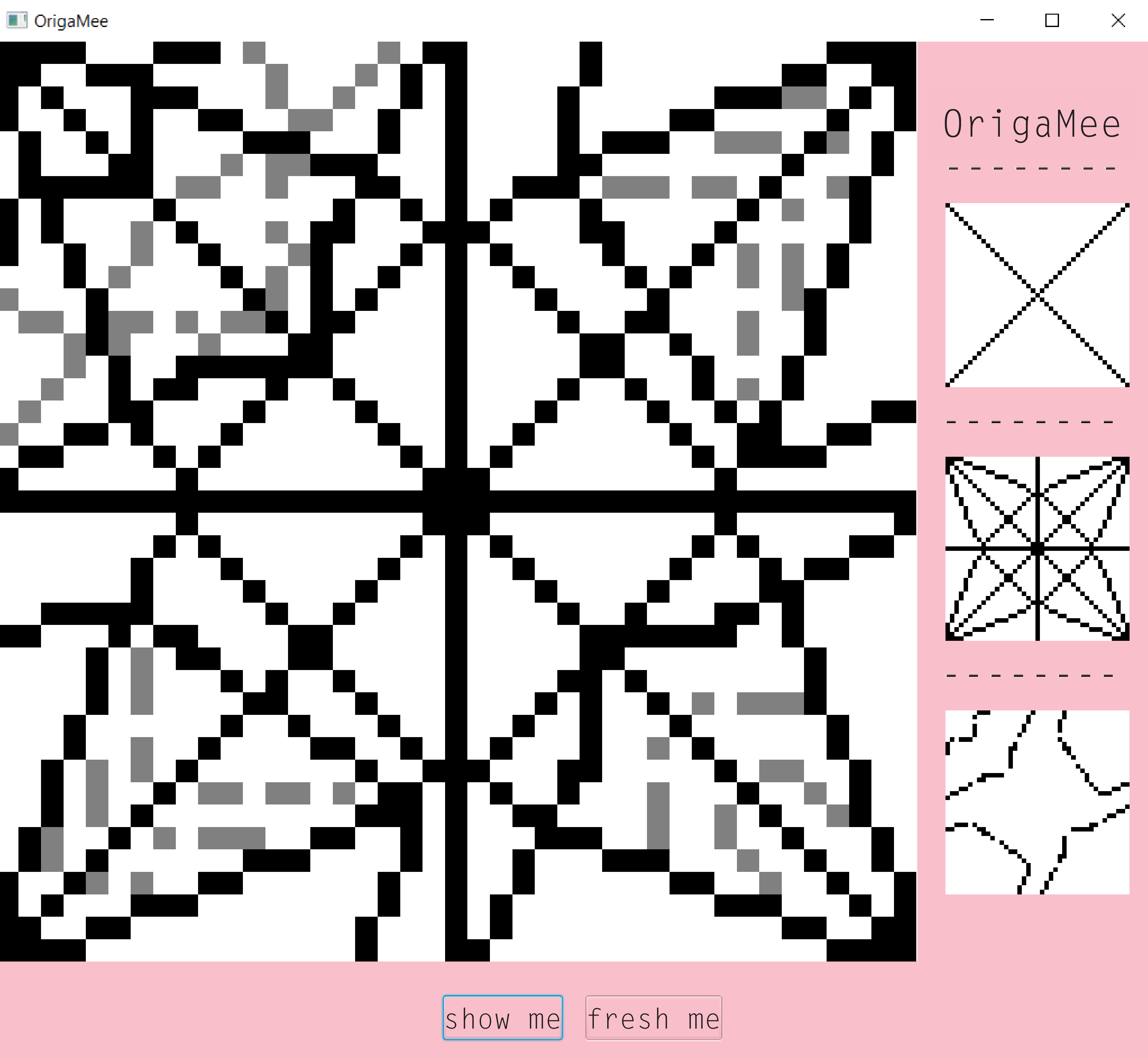 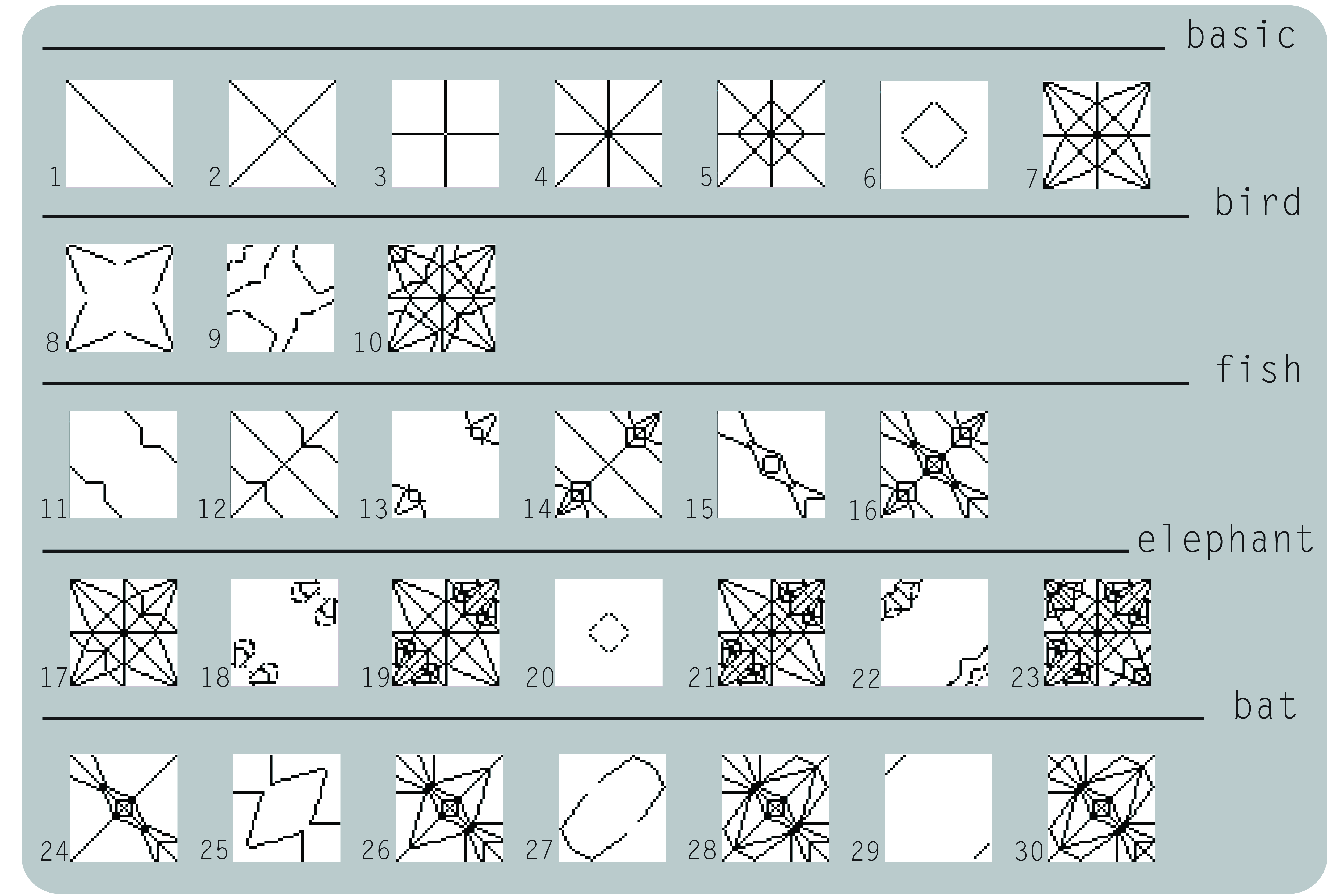